Named as suspect by the KPK in December, Nurhayati is a member of the House of Representatives’ Budget Committee from the National Mandate Party (PAN). She was taken to Pondok Bambu detention center in East Jakarta at 8:55 p.m., after being questioned by the KPK for about nine hours.

“It is my risk, but I refuse to be detained,” she said with watery eyes as she was whisked from the KPK headquarters in South Jakarta to the detention center as reported by kompas.com.

Nurhayati was seen hugged Wa Ode Nurzainab, her sister who also acted as her lawyer, before entering a car. KPK spokesman Johan Budi told The Jakarta Post that Nurhayati would be detained for 20 days to ease the investigation of the case.

Nurhayati has been named a suspect for allegedly accepting Rp 6 billion (US$669,923) in kickbacks from businessman Fahd A Rafiq to facilitate the disbursement of regional transfer funds for PPID in three regencies in Aceh including Pidie, Benar Meriah and Aceh Besar.

The PPID scheme is suspected to have been abused by politicians to coax businessmen into paying bribes in return for project contracts funded by the program. The money received by Nurhayati was allegedly provided by Haris Suharman who transferred it through Nurhayati’s personal staffer Sefa Yolanda.

The KPK declared Fahd a suspect in the case and imposed travel bans on Sefa Yolanda and Haris Suharman. Nurhayati previously denied the charges, saying she lacked the authority to allocate funds for projects, as had been alleged by KPK investigators. 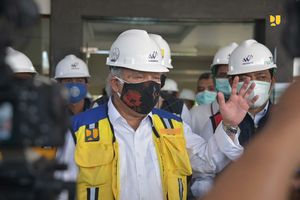