Ritz-Carlton Hotel was supposed to accommodate footballers of the   Manchester United (MU) of Britain, who are expected to arrive in Jakarta on Saturday (July 18). A 90-member team of MU, consisting of officials and players, are scheduled to arrive at Halim Perdanakusuma airport by a chartered plane.

The explosions in the two hotels at Kuningan area, were herd twice at around 7.50 am and 7.55 am local time. Policemen have already arrived at the scenes of the explosions and the victims have been rushed to nearby hospitals. Coordinating Minister for Political, Legal and Security Affairs Widodo AS visited the scenes of the bombings at around 9 am local.

The Marriott Hotel bombed on August 5, 2003, killing 12 people, including a Dutch national, and injuring 147 others.  The Marriot bombing was believed to be masterminded by Azhari Husin and Noordin M Top, both Malaysian nationals.

Azhari was killed in a police raid in East Java in November 2005, and Noording M Top is still at large.  Azhari and his fellow Noordin Mohammad Top, a terror coordinator of the Al-Qaeda linked in Southeast Asia of Jemaah Islamiyah militant network, are believed as the masterminds of a series of major terrorist acts in Indonesia, including the Bali bombings in 2002, JW Marriot hotel explosions in Jakarta in 2003, a deadly blast in Australian Embassy in Jakarta in 2004, and  bombings in Bali in October 2005 that killed more than 220 people. 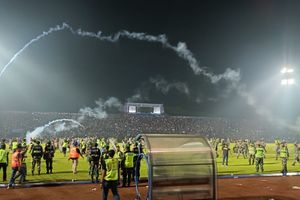